So lot’s of you may have seen recently on our Instagram that we have another little bundle of the joy on the way.

So here’s how we made our little announcement. I originally wanted to do the sun hat idea (big bro, big sis, and baby on board on hats whilst we overlook the sea) but it seemed like a lot of effort for something which wouldn’t be used again. We are trying to look after our environment after all. I had a wander around the apartment and found a pretty bottle and decided on a message in a bottle, as it would be super exciting for the children to find out that way.

I made a letter in a good old fashioned pirate style – tea bag stained and ripped around the edges and left it to dry over night. Put some pretty stones and shiny beads in the bottle with some sand and the letter and hid it ready for our trip to the beach.

I sent the children with their Dad to go look for a special rock to throw in the sea and hid it where the waves crashed. Everytime they came in it tried to float away so it was pretty difficult to keep still.

Once I was ready I called the children over to say that I had found something. Once they came over they were so excited to see what it was. 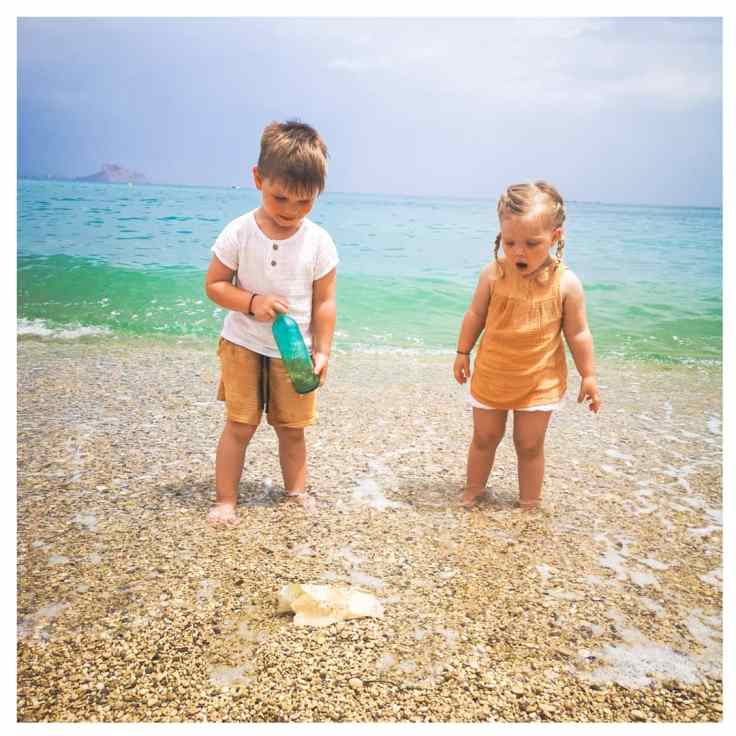 We read the letter out to say that the Pirates and Mermaids was sending them a baby brother or sister which would be due in January. 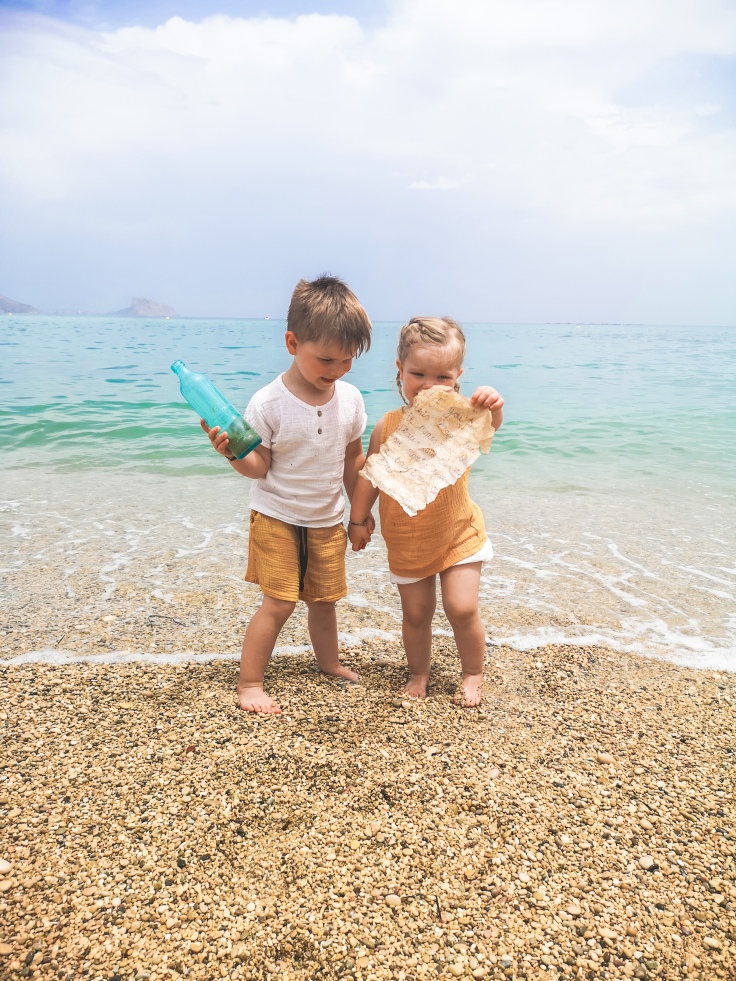 We made a sideshow of all the lovely photos to use as our announcement. I felt like it was such a precious way to announce and something really exciting and magical for our children.

Baby number three came as a happy surprise but just like with our first two children, this one will be loved unconditionally, smothered in kisses and pestered with hugs.